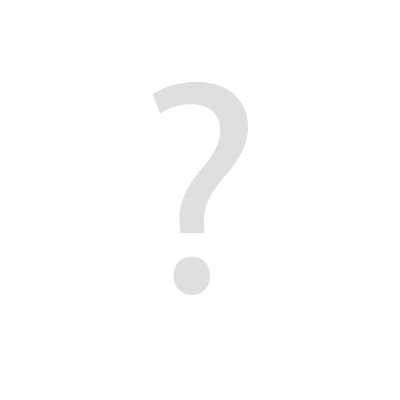 Augury is a member of a Tenjin sect based out of  Pacific Estate located in Crawford, Colorado.

Augury was born in Victoria, Mahé, an island located off the coast of Africa in the Indian Ocean. While growing up there, her ability to see glimpses of the future began to manifest.

At first, her parents believed Augury simply had faster reflexes than other kids and had an uncanny ability to win at rock paper scissors. Then at age 9, while Augury was watching a football match with her father, she began to celebrate goals seconds before they happened.

Not long after, Augury’s father began utilizing her abilities for financial gain. Understanding that it would be suspicious if he never lost, he sometimes lost more times than he won. That was not enough to keep suspicion at bay, though. After only a year, the family was forced to flee the island.

After two years of moving around Eastern African countries, a Tenjin Chizan came upon the family. He had heard the tales of a child that had the ability to see both the past and future and wanted to invite them back to the Tenjin home of Arabasutā. The family would be safe and Augury could get the training she needed to control and focus her visions.

Augury’s family readily agreed to send her to the island but declined to go with her, opting instead to go back to their home on Mahé.

Finding herself alone at the age of 12, Augury threw herself into her studies. Augury isolated herself in the libraries, absorbing the histories and knowledge left behind by Tenjin scholars.

After only a few years, Augury found herself taking the Unifailia. Upon her successful completion of The Trials, Augury was sent to guide a new Tenjin team located in Crawford, Colorado, USA.

Not long after arriving at Pacific Estate, Augury began to have visions she believed to come directly from Ten’ja herself. Augury believed these were messages sent directly from the past and laid out a path to reunite the Tenjin faithful with Ten’ja.

Over the next 40 years, Augury spent much of her time reading the ancient text, looking for passages that held fragments and clues for how to bring about the unification.

With Christy Anders set to take the Unifailia, Augury feels certain that she has finally found The One that will unite the Tenjin faithful and restore peace to the splintered factions.

We use cookies on our website to give you the most relevant experience by remembering your preferences and repeat visits. By clicking “Accept”, you consent to the use of ALL the cookies.
Do not sell my personal information.
Cookie SettingsAccept
Manage consent

This website uses cookies to improve your experience while you navigate through the website. Out of these, the cookies that are categorized as necessary are stored on your browser as they are essential for the working of basic functionalities of the website. We also use third-party cookies that help us analyze and understand how you use this website. These cookies will be stored in your browser only with your consent. You also have the option to opt-out of these cookies. But opting out of some of these cookies may affect your browsing experience.
Necessary Always Enabled
Necessary cookies are absolutely essential for the website to function properly. These cookies ensure basic functionalities and security features of the website, anonymously.
Functional
Functional cookies help to perform certain functionalities like sharing the content of the website on social media platforms, collect feedbacks, and other third-party features.
Performance
Performance cookies are used to understand and analyze the key performance indexes of the website which helps in delivering a better user experience for the visitors.
Analytics
Analytical cookies are used to understand how visitors interact with the website. These cookies help provide information on metrics the number of visitors, bounce rate, traffic source, etc.
Advertisement
Advertisement cookies are used to provide visitors with relevant ads and marketing campaigns. These cookies track visitors across websites and collect information to provide customized ads.
Others
Other uncategorized cookies are those that are being analyzed and have not been classified into a category as yet.
SAVE & ACCEPT